Is Vaping Still the Hottest Trend in Canada?

Home / Cannabis / Is Vaping Still the Hottest Trend in Canada?

More Canadians are vaping today than ever before. There are now more than four million people across the country who use vapes, according to a recent report by Statistics Canada. With so many people switching from tobacco cigarettes to vaping weed, it can be hard to know what is true about the trend. Is it really healthier? Is it still popular in Canada? We’ve put together some of the most frequently asked questions surrounding vaping so you can get all of your answers in one place!

Vaping is the act of inhaling and exhaling the aerosol, often called vapor, which is produced by an e-cigarette or similar device.  It was originally designed to help adults quit smoking tobacco cigarettes by providing a similar experience without the adverse health effects associated with traditional tobacco cigarettes.

Are there any health risks of vaping?

No evidence has been found that vaping is any more dangerous than smoking tobacco. In fact, experts say vaping is at least 95 percent safer than cigarettes.  A study by Public Health England concluded: “E-cigarettes carry a fraction of the risk of tobacco cigarettes and, as such, are likely to be far less harmful to users and those around them.”

Many experts believe vaping will cause less harm to the user as well as those who are around them.

Is vaping still popular in Canada?

Vaping is still popular in Canada. In fact, it’s more popular than ever before! According to Statistics Canada’s report, four million Canadians vape today—a number that is growing every day.  This is probably because of how healthy vaping can be for your health. Studies have found that vaping weed is healthier than having a cigarette.  Vaping also provides a similar sensory experience without the smoke. This means you can get your fix with virtually no risk of cancer or lung disease like you would with tobacco cigarettes. 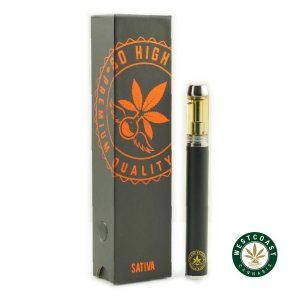 If you would like to try vaping, you can get your vapes at Westcoast Cannabis.

How does vaping compare to smoking cigarettes?

Tobacco cigarettes contain tar, which can lead to lung cancer and other respiratory illnesses. The smoke from tobacco products also contains over 4,000 chemicals, many of which have been linked to cancer.

In contrast, vaping weed do not contain any tar or tobacco products. Vaping doesn’t produce smoke so there’s less chance of developing a respiratory illness because of secondhand smoke. It has been reported that vaping is 95 percent safer than smoking cigarettes when it comes to the risk of developing lung cancer and other smoking-related illnesses.

Vaping is a new trend that has become popular to adults in Canada. Vaping is considered safer than smoking cigarettes.  If you are thinking about starting to vape, it is important to understand what risks there are before adopting the habit.  Westcoast Cannabis has a great selection for weed vapes.  Purchase one today at wccannabis.co.