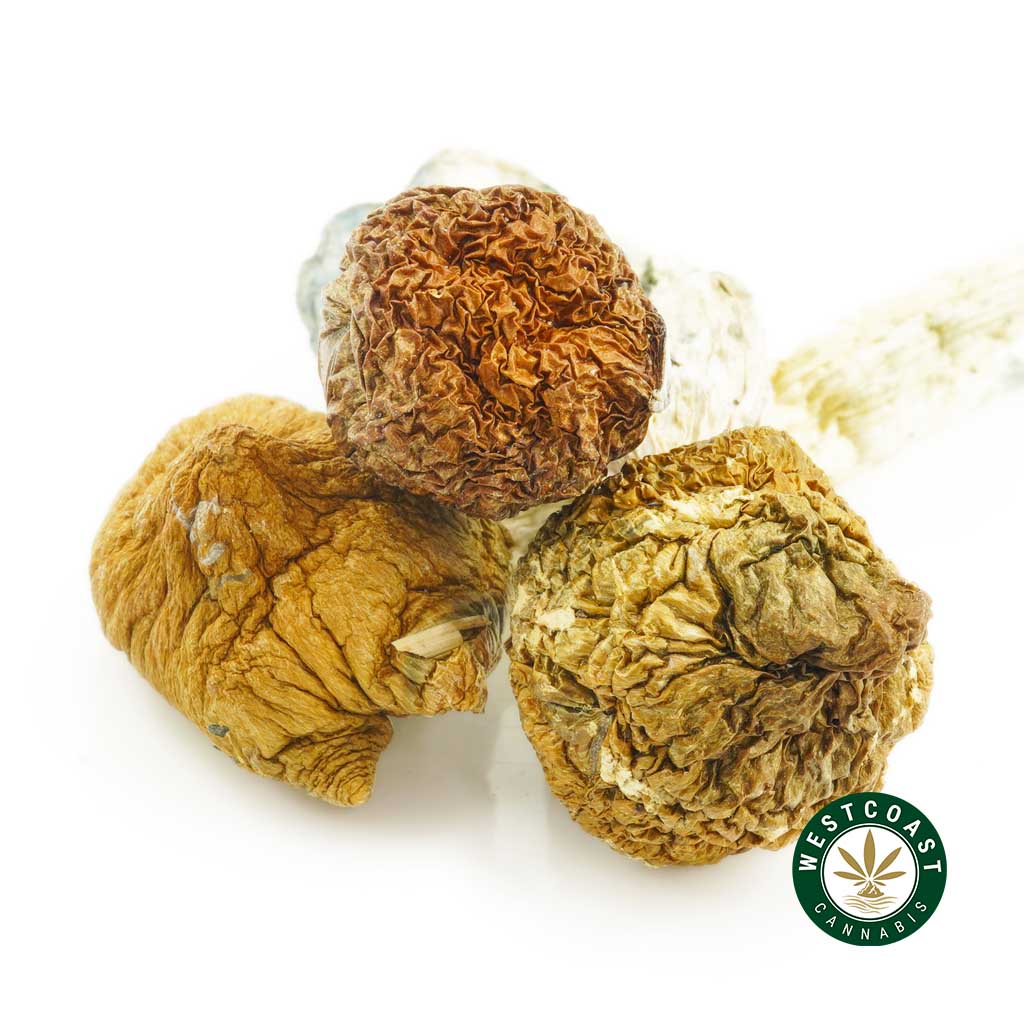 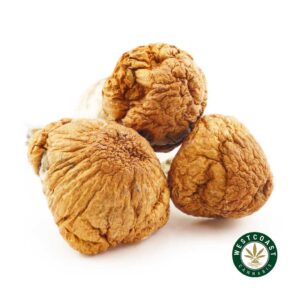 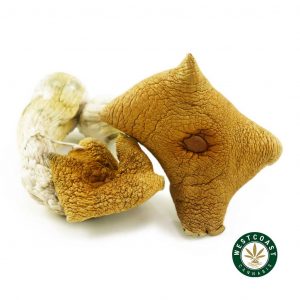 African Transkei Information
Psilocybe Cubensis Transkei magic mushrooms originate from the continent of Africa. Also know as SATs, these shrooms are especially potent, being able to produce both closed eye and more remarkably open eye visuals. Transkei Cubensis are also known for being sensation enhancing mushrooms that can alter the way you perceive sound and visuals, produce geometric shapes as well as ‘dancing lights’ perceptions.

The white mushroom from South Africa
When you buy African Transkei Cubensis online, you will notice they are medium in size with a solid stem that appears to be a little gnarly. The younger variety of these mushrooms produce bright orange or brown caps but later on, as they mature, they will turn pale and almost white in colour.

Their sporulation is purple, giving the mushrooms their unique white, gold, and purple pattern that you will notice immediately. As for the veil, for the most part of Transkei Cubensis mushrooms, it should tear from the cap, remaining connected to the stem.

Transkei Cubensis as a strain originates from South Africa. This is, in fact, the first strain of Psilocybe Cubensis that came from Africa and that made it into wide circulation. Their name refers to the region they were first collected from, back in 2002, in Transkei, in the Wild Coast of South Africa. In the wild, these magic mushrooms used to grow right on dung in the cool shade of tall trees.

Visual effects of the Transkei Cubensis
This is a modern strain but a very potent one indeed. The body sensations you may feel after ingestion are prominent but what most users chase when they buy Transkei Cubensis online are the visuals.

These magic mushrooms are known to produce open eye visuals that have been described as dancing lights and geometric shapes. If the dose is increased to 2 grams, some users have reported a warping of their visual field that includes melting objects as if in a Dali painting. Others have described time warping, synesthesia – seeing sounds and feeling colours – and hallucinations with the eyes closed or open.

The effects of Transkei Cubensis on the body are energetic, despite the mushrooms causing what is known as ‘the mushroom yawns.’ You can expect to feel your skin tingling, have a fit of the giggles or a simple bout of energy that will make you want to dance.

On the mind, the mushrooms may have different effects. Users report sensations of euphoria, observations in the realm of mind alteration, and even mystic experiences as Transkei Cubensis opens your mind and allows you to see beyond the present.