Taking a break and doing nothing is the best remedy for burnout, stress, and fatigue. You tend to neglect your body and soul when you are so preoccupied with work, among other everyday chores. To face a stressful situation, you need to take a break. One weed bud discussed in this Violator Kush strain review may help.

Violator Kush strain is a hybrid that has achieved tremendous success, although relatively new to the medical scene. It has a sweet and earthy aroma with hints of sandalwood and Haze. And, unlike most cannabis strains, which are either Sativa or Indica, this Violator Kush strain review finds that this bud can be grown well in either environment, making it a good choice for many cannabis growers.

The Kush strain of cannabis is unique in the world of weed due to its intriguing history. The Kush has a botanical relationship with the Hindu Kush, a disputed territory between Pakistan and Afghanistan Kush.

The Malana strain was produced by crossing the Hindu Kush with a strain originating in the Hindu Kush range of northern Pakistan. This strain migrated to the valley of the Kalash and Indus rivers and then further south, to the Indian border and Himalayan foothills, where it was crossed with other strains from the Himalayas. (Another common name for this strain is the Malana Cream.)

The Malana strain is among the most expensive strains in Canada. It is also considered one of the rarest and most sought-after due to its high potency, its effect on creativity, and its mild cerebral effect. It is primarily considered to be the most potent variant of the Hindu Kush. 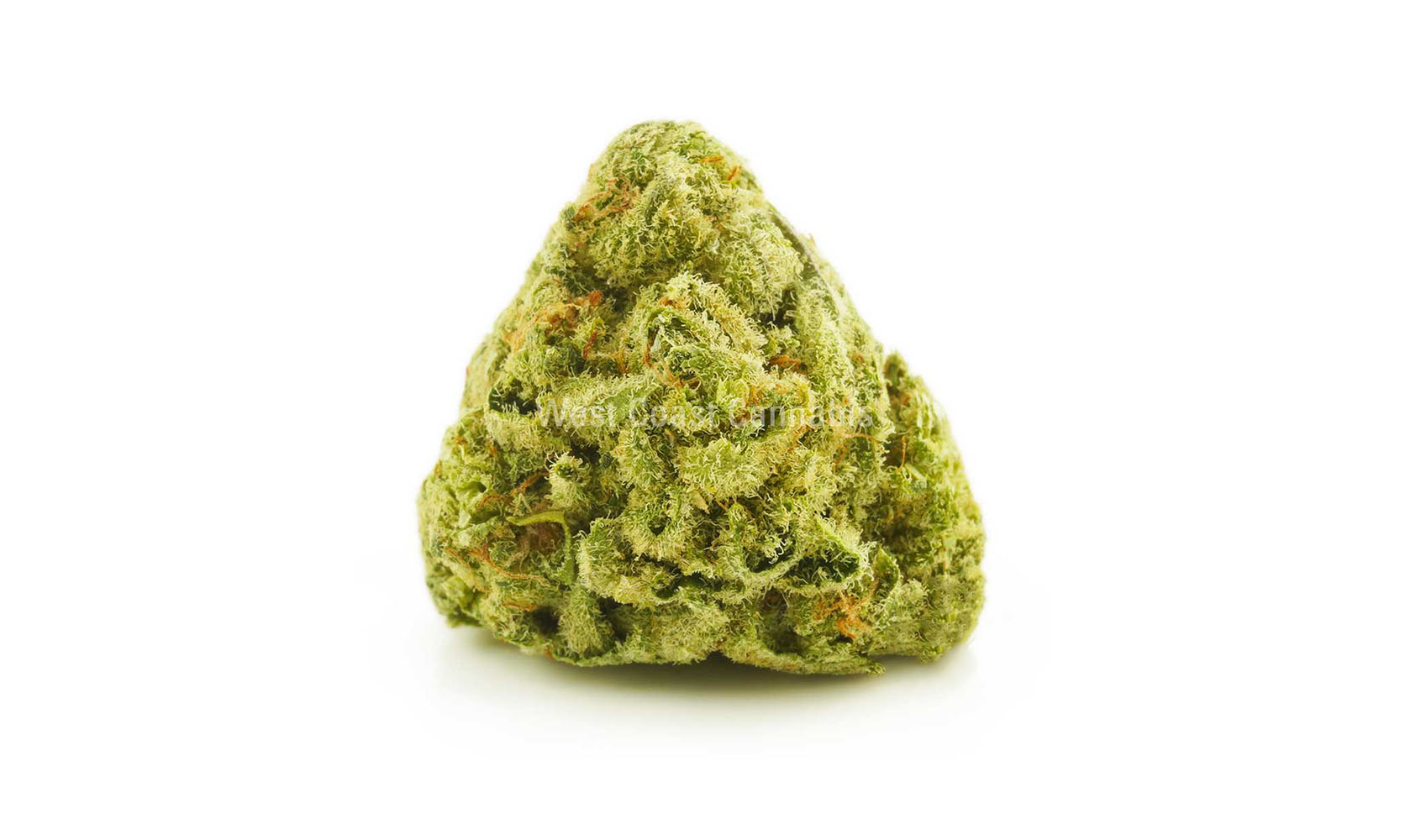 The bud discussed in this Violator Kush strain review is a variety of OG Kush that features an “intense” aroma and flavour as well as a high THC content of up to 27%.

The strain grows like an Indica, producing a short, bushy plant with an average flowering time of 8-9 weeks for outdoor growing but can be harvested earlier for indoor growing. Along the way, Violator Kush strain plants produce large yields of very resinous flowers.

The nugget is small and dense, with no visible trichomes. Moreover, the plant has a very strong smell, particularly the fan leaves. Although the nugs are small, there seem to be more leaves than flowers.

Our Violator Kush strain review finds that it is one of the more heavily crystallized Kush strains. This 70% Indica strain will leave you feeling very happy, relaxed and couch-locked.

Users have reported the strain is so potent that it can be overwhelming for some people. This strain is also said to be great for those with stress, anxiety, depression, headaches and inflammation. The knock-out punch this strain delivers will help you unwind after a long day.

This ultra-heavy indica has top-shelf THC levels that regularly clock in between a whopping 18% and 25%.

Strains like this are why serious stoners pay so much attention to the terpene profiles of their buds: a flower’s smell and taste can be as helpful in predicting its potency as its cannabinoid content.

Violator Kush Strain is a variety of marijuana that can be smoked as a blunt or a joint or through a water pipe and bong. This is a very popular strain among users who like to smoke their cannabis. It is also popular among medical marijuana patients who need an effective painkiller that doesn’t knock them out or make them sleepy. This strain is an excellent choice for both recreational and medicinal smokers.

The Violator is a powerful Indica with a body high that will leave you tingly and numb. It provides powerful pain relief with a euphoric, calm, and soothing effect. The Violator is a heavy-hitter and will not be a suitable daytime strain, but it makes for a great night-time strain.

If you decide to consume Violator Kush, we recommend small doses, starting with a fraction of what you usually take. If you’ve used marijuana before, you know that the effects vary quite a bit.

You may have to experiment with the amount you use to find out how much you need to feel the effects and still be able to function. The truth is that when you smoke marijuana, you’ll feel some effects almost immediately. The effects are relatively minor, though, and they also tend to fade fast. You may think you want more, but your tolerance will quickly fade.

The originator of Violator Kush strain is unknown, but what is known is that this bud is some of the most potent Indica in the world. In this Violator Kush strain review, we find that it was designed to be an Indica-dominant hybrid with 80% Indica and 20% Sativa genetic components.

Violator Kush’s THC levels are over 20%, considered one of the strongest strains in cannabis history.  Many have found the strain to be wildly successful for medical use and insomnia, stress, and pain.  Here are the terpenes we found in our Violator Kush strain review buds:

Myrcene is a terpene, a class of organic chemical compounds that provide aroma and flavour to many plants. It is a terpene that is a sedative and has pain-killing properties. It is also known to be a non-intoxicating cannabinoid.

Pinene is an organic compound of the terpene class, the second most common terpene in nature, behind myrcene.

Pinene molecules are chiral, existing as two enantiomers, alpha-pinene and beta-pinene. Alpha-pinene has a strong odour reminiscent of pine needles. It’s a precursor to many other terpenes and is biosynthesized from isopentenyl pyrophosphate (IPP).

Twisted Extracts are edible cannabis extracts. They are designed to be mixed into drinks, baked into food, or infused into almost any ingestible medium. The extracts are THC- and CBD-rich and come in various flavours, including mango, banana, watermelon, and more. Each packet contains 300mg of full spectrum extract and comes in three flavours: strawberry-flavours mango, and lemon-lime.

Master Kush Ultra AAAA is a hybrid strain that is a cross between two very potent strains. The genetics were created by crossing the infamous Indica G-13 with an OG Kush strain, creating a cross similar in effects to the strains in this Violator Kush strain review.

The G-13 marijuana strain is a short, stocky plant created by The United States Government, which made it by backcrossing a strain of pure Afghani Hash Plant with a Thai variety of cannabis. The original G-13 cannabis strain contains nearly 60% Indica with THC levels reaching over 20%.

The El Chapo AAAA is a top-quality indica-dominant strain that is sure to please any cannabis enthusiast. This strain gets its name from the famous Mexican drug lord, El Chapo, and it is certainly one of the most potent strains around. But is it close to the flowers in this Violator Kush strain review?

A favourite of patients suffering from chronic pain. Moreover, El Jefe has a sweet and spicy aroma inherited from its unique parentage. This strain is known for its intense body high, and the relaxing properties of this strain will bring you to your happy place.

Get The Best Marijuana Delivered to You Today!

Now that you have come to the end of our Violator Kush strain review, you may be wondering where you can get yourself some high-quality bud in Canada.

At West Coast Cannabis, we pride ourselves on providing high-quality cannabis – including buds mentioned in this Violator Kush strain review – products to everyone at the best prices. If you are interested in medical marijuana, we provide the best variety at affordable prices.

We are proud of our fantastic customer service and strive to provide every one of our customers with the assurance that they are dealing with professionals in the medical marijuana industry.